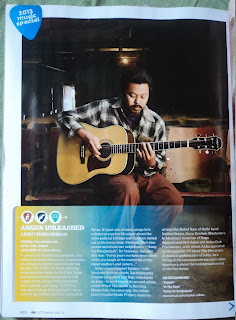 "Qutub Minar' is a song that singer-songwriter Akhu first wrote with Imphal Talkies. The song is about the experiences one man has while taking the historic Qutub Minar from Delhi to Imphal. The song gets fresh legs with Asian Dub Foundation as they add a deep, driving bassline with electro-folk elements on a rock beat.

The Dewarists is a part music documentary, part travelogue which takes independent musicians to diverse locations across the world, to collaborate and inspire as they create wholly original works of art -- that stand the test of time and orthodox."

Ziro Festival of Music (Arunachal, 2013) and 18 degrees at Shillong

It was an awesome experience for the band to play at ziro fetsival of music and 18 degrees at Shillong. We were accompanied by Sunil Loitongbam on guitars and Chaoba Thiyam on Pena. 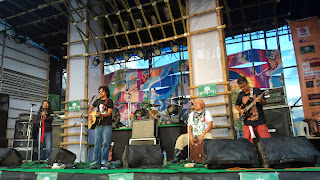 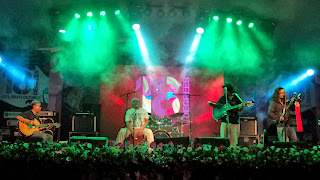 MEDIA RELEASE
FOR IMMEDIATE USE

A digital album of ground-breaking revolutionary and political music featuring songs written and produced by a line-up of artists from 33 countries, including Egypt, Syria and Somalia, will be available as a free download from Monday 14 October 2013.

The collection of songs chronicles oppression, uprisings, land rights issues, political and social abuses and acts of revolution, such as the anti-militant track ‘No to Al-Shabab’ by Somali hip hop collective Waayaha Cusub, a dedication to children in conflict zones around the world by India’s alt-rock band Imphal Talkies in ‘Lullaby’, and the Arab Spring anthem ‘Kelmti Horra (My Word Is Free)’ by Tunisian singer-songwriter and “Fairuz of her generation” Emel Mathlouthi.

Drawn directly from the experiences of established and emerging artists representing over 33 countries across 5 continents, the album offers a striking snapshot of places of conflict, war, oppression, resistance and revolution shared through diverse styles and genres of music including Afrofuturismo, soulful New Zealand reggae, Electro Caribe, Malian hip hop and Iranian electronica.

33RPM – Voices of the Revolution was officially launched by Emmanuel Jal at Imperial War Museum North (Manchester, UK) on Sunday 13 October 2013, as part of the Manchester Weekender and IWM’s Catalyst: Contemporary Art and War exhibition.

“It's amazing to be part of this project that brings thirty three artists together from different parts of our world, from thirty three different countries to combine strong voices and bring them together to echo and amplify, and to shine a spotlight on dark places so evil can perform less.”
– Emmanuel Jal
33RPM – Voices of the Revolution is a collaborative project between four independent international grassroots music organizations; Un-Convention (UK), Nomadic Wax (USA), Fora Do Eixo (Brasil) and Tiuna El Fuerte (Venezuela).

The project is also supported by the In Place of War research centre at the University of Manchester (UK).

“Un-Convention and In Place of War are organisations dedicated to telling the stories of artists from sites of conflict, revolution and communities at conflict across the globe. We are delighted to have brought together such an incredible selection of revolutionary voices spanning the globe through the 33RPM release. The music is groundbreaking, politicised and socially conscious. We hope that this release will amplify the voices of the artists.”

33RPM – Voices of the Revolution is available as a free digital download via Bandcamp from Monday 14 October 2013.

Interviews with selected artists and partners, hi-res images and further information are available on request

Un-Convention is a not for profit global grassroots independent music network that organises events across five continents and in cities from Swansea to Sao Paulo. Un-Convention annually involves 1,500 artists and bands, 16,400 participants, 36,000 gig goers and 140,000 people online. Of those attending Un-Convention, 40% of people are from disadvantaged backgrounds. It happens in some of the most amazing spaces including The Roundhouse UK and Auditorio Ibirapuera Brasil, and as part of some incredible festivals like Primavera Sound in Spain, Goiânia Noise Festival, Brasil and MICA, Argentina.

Nomadic Wax is a U.S. based social enterprise that produces music, film and educational events aimed at creating cross-cultural exchange and increasing awareness of global issues. Nomadic Wax links diverse communities and encourages social and cultural dialogues through art. Founded in 2001 as a fair trade record label and production company of African hip-hop and urban music, Nomadic Wax has grown into an internationally recognized brand firmly rooted at the intersection of urban media and social change.

Fora Do Eixo is a network of creative collectives in Brasil and other Latin American countries. Launched in 2005 by producers and artists of Brasilian states outside Rio-São Paulo, the organisation focuses on the exchange of musical knowledge, live performances and events, and has grown to encompass other forms of expression such as audio-visual and theatrical productions. The movement facilitates 6,000 shows across Brasil each year and promotes over 100 festivals annually involving more than 30,000 artists.

Tiuna el Fuerte is a community collective that uses art, music and culture to transform the barrio of El Valle in Caracas, Venezuela. The organisation hosts a hip-hop school, a youth orchestra, a mobile community radio, and serves as an example for an alternative space for the community. The space managed by the Tiuna El Fuerte is a "nucleus of endogenous cultural development," exemplifying the concept of local development of the people, for the people, by the people that finds its roots in modern day Venezuela.

In Place of War (IPOW) is a project based within the University of Manchester that researches creativity in sites of armed conflict and has, over the past 7 years developed extensive international networks of artists and creatives making theatre, street art, music, spoken word and more in response to war. 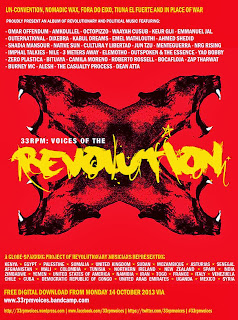 A short note about the making of Imphal Talkies (June 2008)

Composing music is easy, I mean financially and physically, but recording music is a real hard, particularly in a place like Imphal.

My Journey of Music and Protest

Band in the news

Check us out on Reverbnation

Subscribe to our regular feeds
Imphal Talkies on Reverbnation